As I said cheerio and thanked Monica Beves for organizing another successful Frocks Group Retreat from Thursday July 23 to Sunday 26, I was delighted she said she was willing to take on the job again next year.

We welcomed 3 newcomers to experience Tocal - Glenda, Kerrie and Dianne for a few days (and nights) of sewing, sharing and relaxation.  You will see from the photos, everyone had projects which I hope will inspire you to take the opportunity to attend a retreat if one is organized with your Studio CC sewing friends.

Due to space restrictions because of Covid19, only 15 were able to register this time, and at the last minute, due to not feeling well, Carolyn was unable to come.  One regulation was that we each had to have a single room and observe social spacing.

Bookings at the Patterson Pub were 5.30pm or 7.30pm, so drinks and nibbles were not on the agenda as the earlier time was selected.  Again it was hard to choose between the wonderful selection of slices and other treats that were constantly available on the countertop.  As usual, recipes as well as sewing tips and tricks were generously exchanged.

On Saturday night we played a game of Sewing Bingo and, of course, everybody won a prize.  Glenda didn’t know what to do with the lacy bag with zip she won, so we explained it could be used either when buying vegetables instead of a plastic bag, or for machine washing undies or stockings.  She joked that she would use it to clean her vegies in the washing machine.

Wendy was making warm, fleecy tracksuit pants for herself and her mother as well as beautifully coordinating striped fabric tops.
Joan had a never ending supply of the cutest fabrics to make 13 bucket hats in 3 different sizes for her grandchildren – of course there is a no hat no play rule.  She was very happy to share her talents with anyone who wanted to make any.

Penny was working on a quilt – her photo shows the start - she completed the centre and was appliqueing the chooks but unfortunately I did not get a photo of that.  You can see the finished article is in the book.

Marie worked and worked and worked on an interesting Butterick Pattern dress made from a lovely grey fine wool with a navy zipper feature on the back.  Navy top-sewing highlighted the curved seams and hidden pocket.  Anne Rowland  had given her the fabric.
Mary was hoping to finish a quilt she was stippling which she thought would never end. Then she wanted to work on cutting out a pair of pants.
​
Kerrie hoped to finish a pair of pants she was working on with the expectation of completing a second pair.

Monica was very happy to finish a quilt in pretty pastel colours.  With too many squares left over, she made a cushion cover.  Then she worked on bright blocks for a Disney quilt with pictures of Donald, Mickey, Minnie, Daisy and other characters.

Roma wanted to finish a skirt – as long as it still fitted, then cut out and sew a winter vest as well as a scarf.

Glenda worked on a tropical flower pattern dress she started in January.  She then worked on a cushion cover, a t-shirt, a top and then inspired by Joan’s hat making, made 2 little bucket hats with face masks to match as in the picture.

Dianne worked on a Memory Quilt which has been on the go for a long time.  Tocal was the ideal place to give it her undivided attention.  At a funeral had given out many different bright squares for people to write their thoughts.  She then embroidered these messages and joined them up to make an amazing quilt.  Using bright coloured felt, she was also making fruit and vegetables as well as bacon and eggs for children to play with.

Carole finished a boiled wool ¾ length coat with fabric bought at Tessutis before they closed their Chatswood store.  She then worked on making extra blocks for the chandelier pattern quilt she had made for her daughter.

Jane was working on her candle wicking squares for a quilt.  Fortunately when she received a phone call on Saturday asking where she was, she found she had the following weekend marked in her diary.

Kay decided to come to enjoy the company and relax.  Every now and again someone would have something for her to do.  She did some embroidery for Dianne as well as turning 8 placemats right way out that I had sewn, featuring sketches of Sydney landmarks which I give to overseas and interstate visitors.

Shan – I made a variety of face masks – and discovered that the one I made for Penny needed to have elastic around the back of the head as she found she could not wear the elastic around the ears.  I have recently made headbands with buttons on the side for nurses who find wearing the elastic all day is uncomfortable.  A couple of bags needed finishing – what’s new?
​
In all the years that Frocks has organized a retreat at Tocal, I have only missed one because I was overseas.  This year I had the option of 3 retreats on the same weekend with different sewing groups I attend, but as long as Tocal was happening, there was no question that it would be my number 1 choice.

Penny's Summary of the Weekend!

1. Fire evacuation one morning at 6.50am!!
2. Everyone wears pajamas.
3. Kangaroos in the top paddock.
4. One in seven of us are not known by our given names.
5. Cereal bowls are no bigger this year!
6. Nor are the coffee mugs.
7. Jane found out that Tocal was NOT on the following weekend!
8. Loretta visited several times.
9. Everyone has developed RSI.
10. There were NO specials at the pub!! 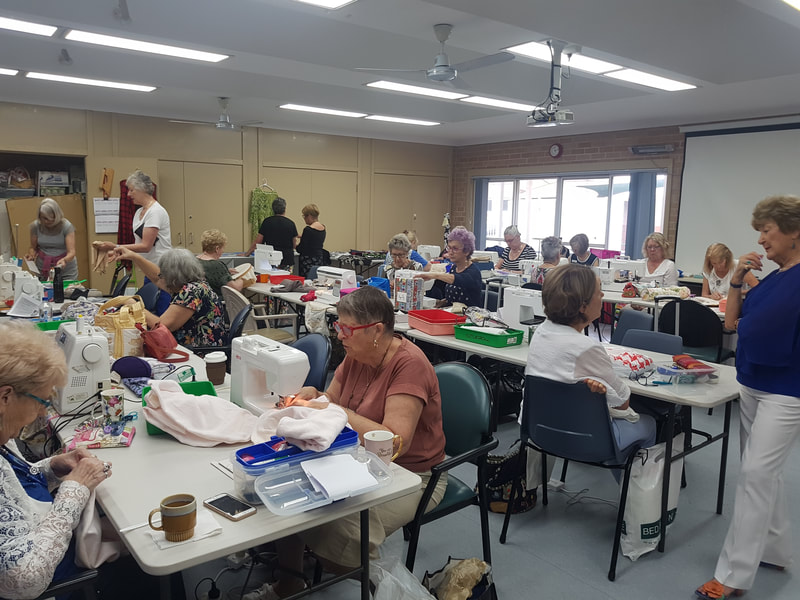 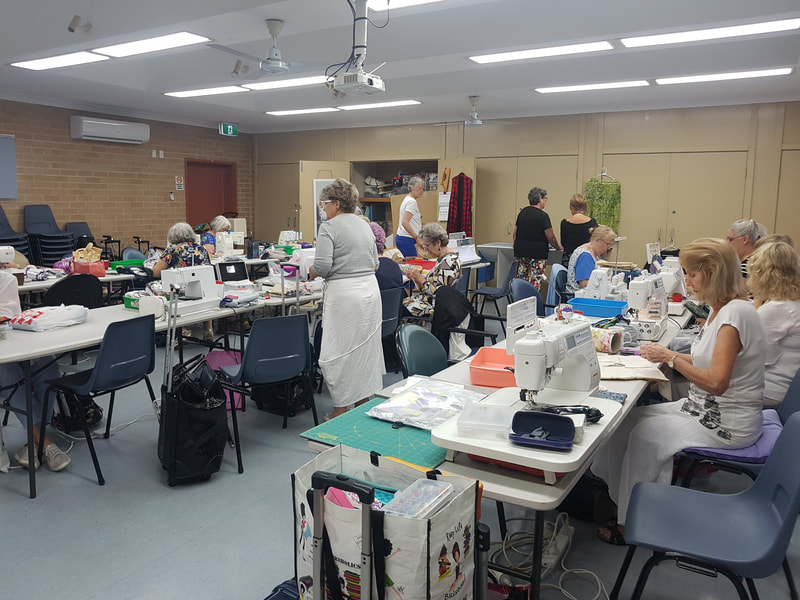 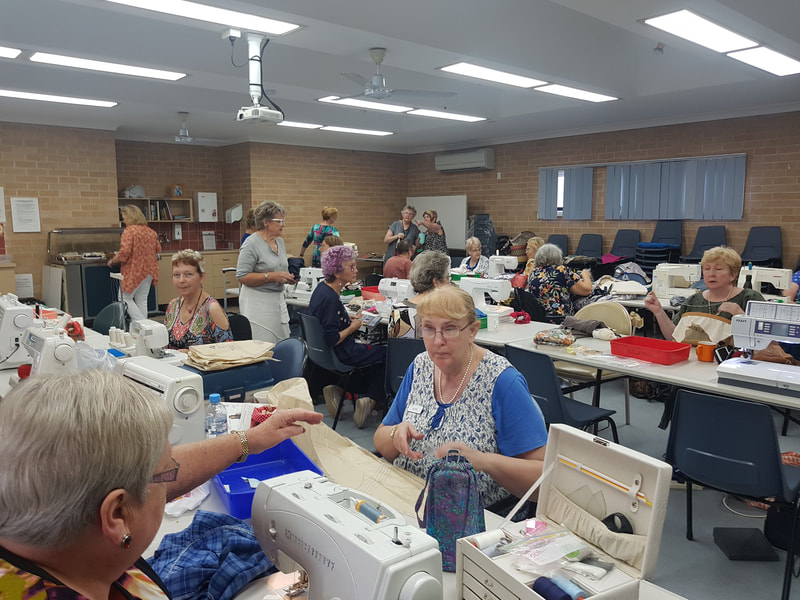 Fabric shopping in Cabramatta - Vietnam without a passport! 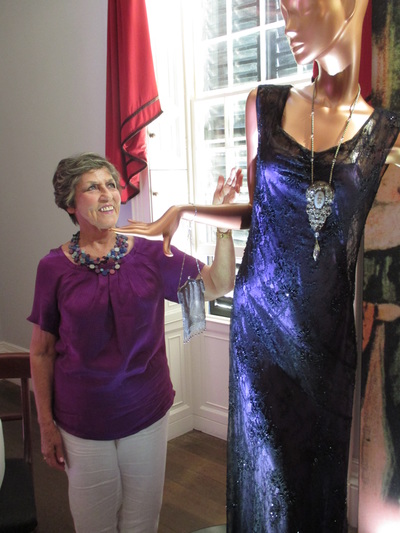 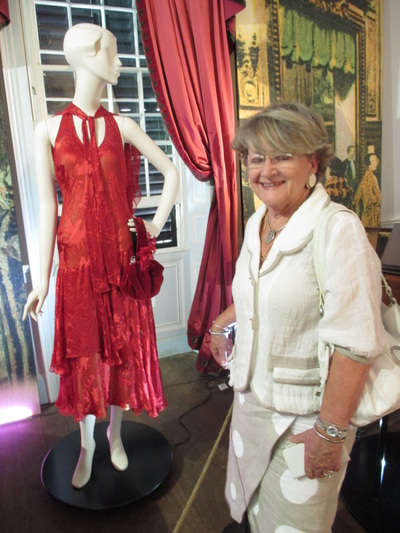 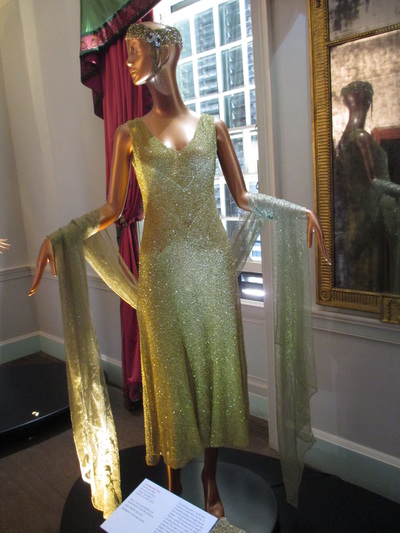 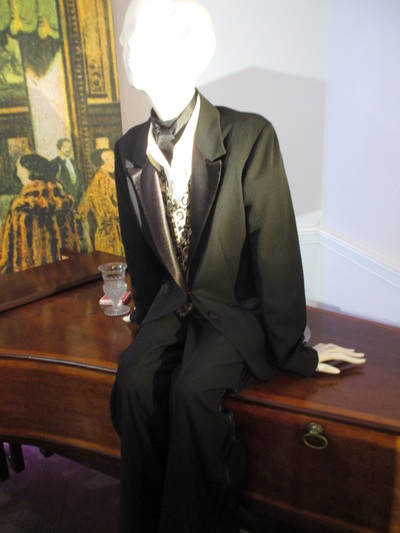 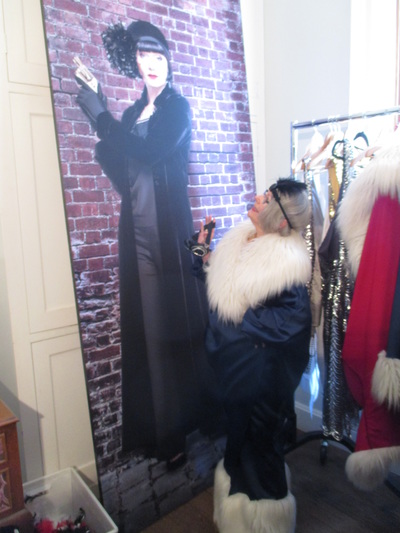 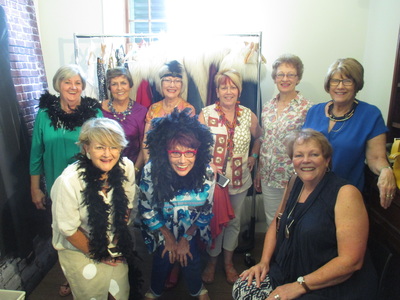 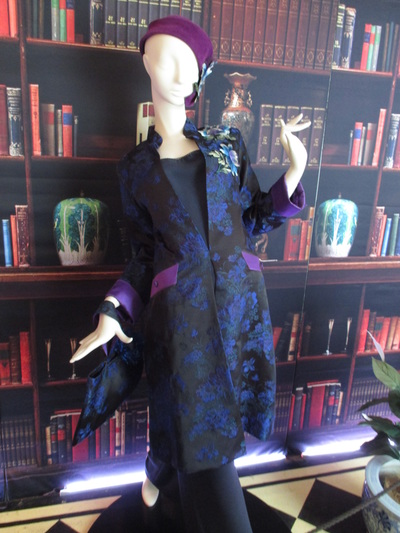 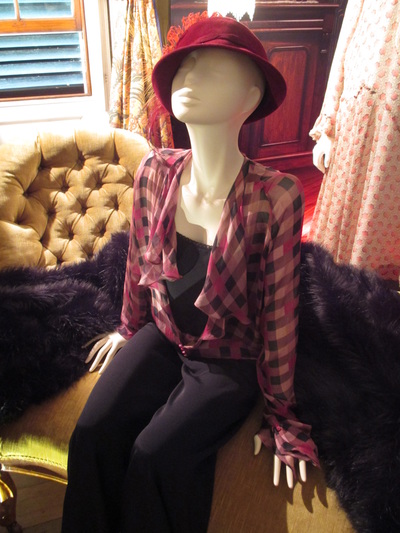 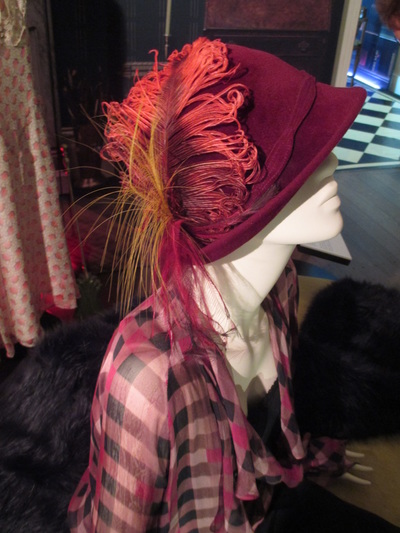 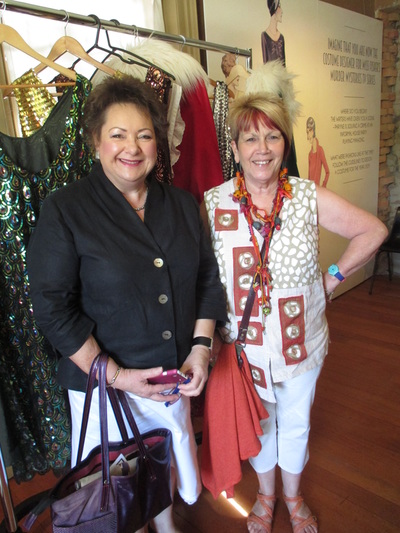 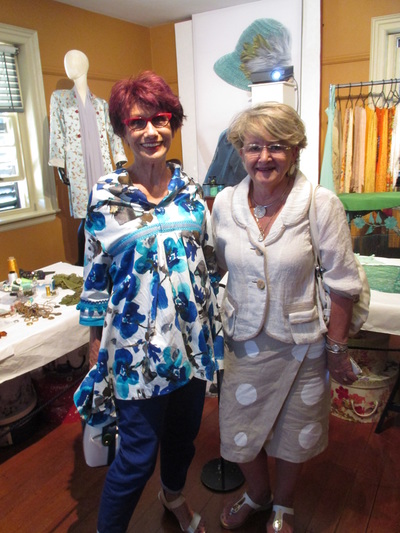 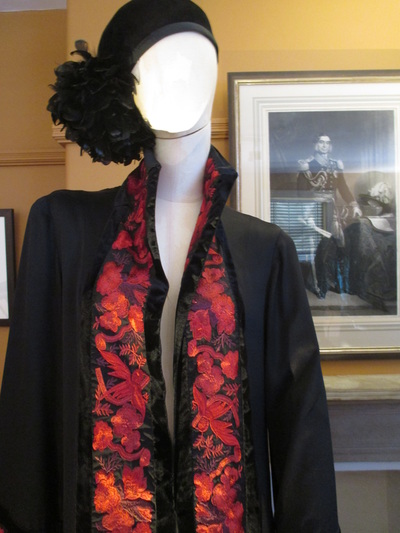 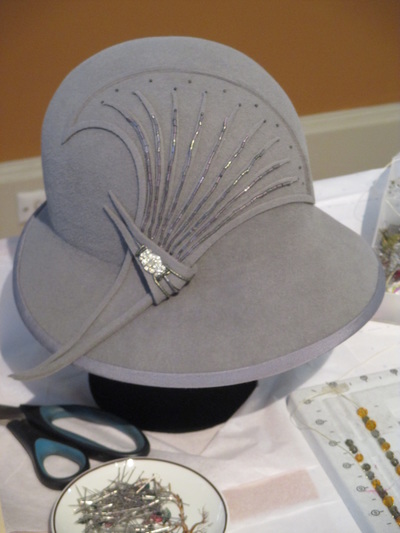 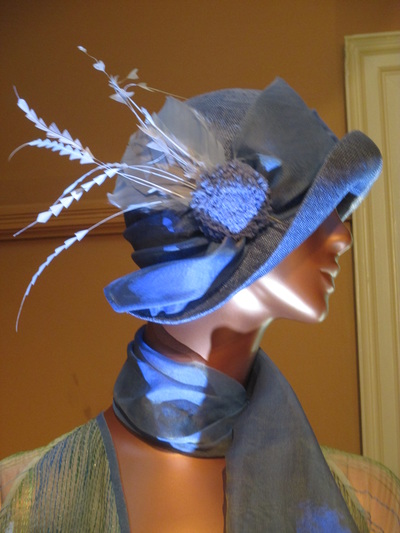 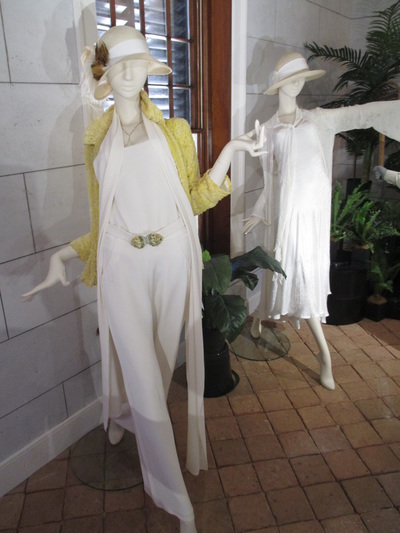 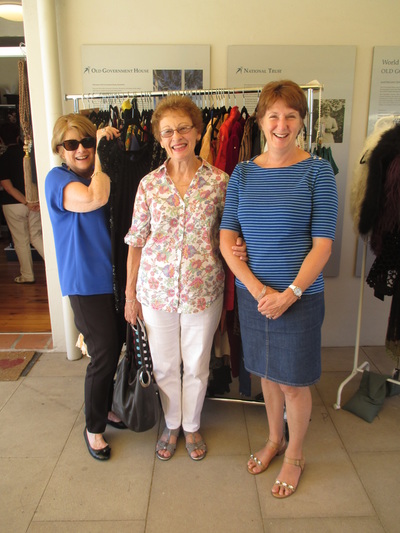 In 2015 we held workshops with Yvonne Twining, Raewyn Penrose and Elaine Lye. We stitched leather, felted wool and embroidered silk cocoons to create original designs while inspiring each other with beautiful projects.